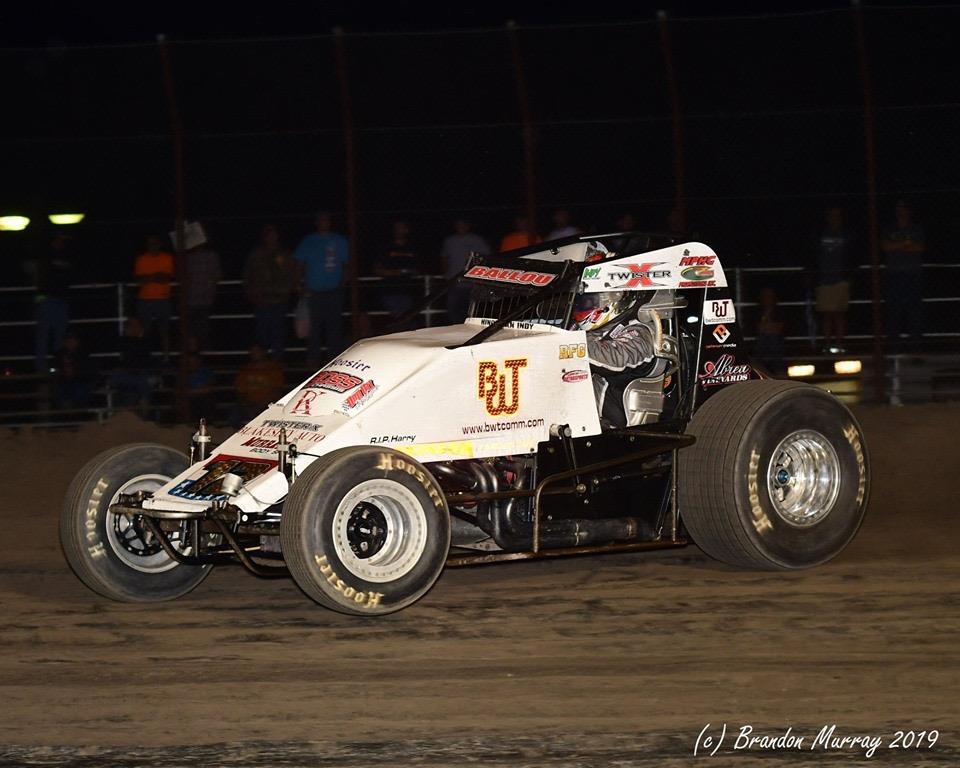 BALLOU ON THE MEND AFTER HARD CRASH

PETERSEN MEDIA: Going from the highest of highs to the lowest of lows in a mere blink of an eye, Robert Ballou is now on the mend with a broken arm following a hard crash seconds after winning the Bob Darland Memorial on Sunday at Kokomo Speedway.

“I want to thank everyone who has reached out and checked on me the last few days,” Robert Ballou said. “It is disappointing to get hurt right when things really pick up out here, but I am thankful the injuries aren’t more serious. We will be out a while, but we will be back.”

The Rocklin, CA native put together a strong weekend that saw him finish second on Friday night at Gas City I 69 Speedway, before flexing his muscle on Sunday in Kokomo, IN and picking up the Bob Darland Memorial win.

As he took the checkered flag, circumstances would arise with a car getting out of shape in front of him, and with nowhere to go, Ballou tried to take evasive action but couldn’t avoid what was hard contact with the slowing car.

Getting upside down following the hard hit, Ballou ended up with a fractured arm that has led to multiple surgeries, forcing him to the sidelines for an extended period of time.

“Hopefully I can heel up quick and get back to doing what I love in not time at all, but I want to make sure I am good to go before getting back behind the wheel,” Ballou added. “Again, just want to thank my fellow drivers, fans, and everyone that has reached out and checked in on me.”

ON TAP: Ballou will be out in the upcoming weeks recovering from injuries sustained on June 23rd.