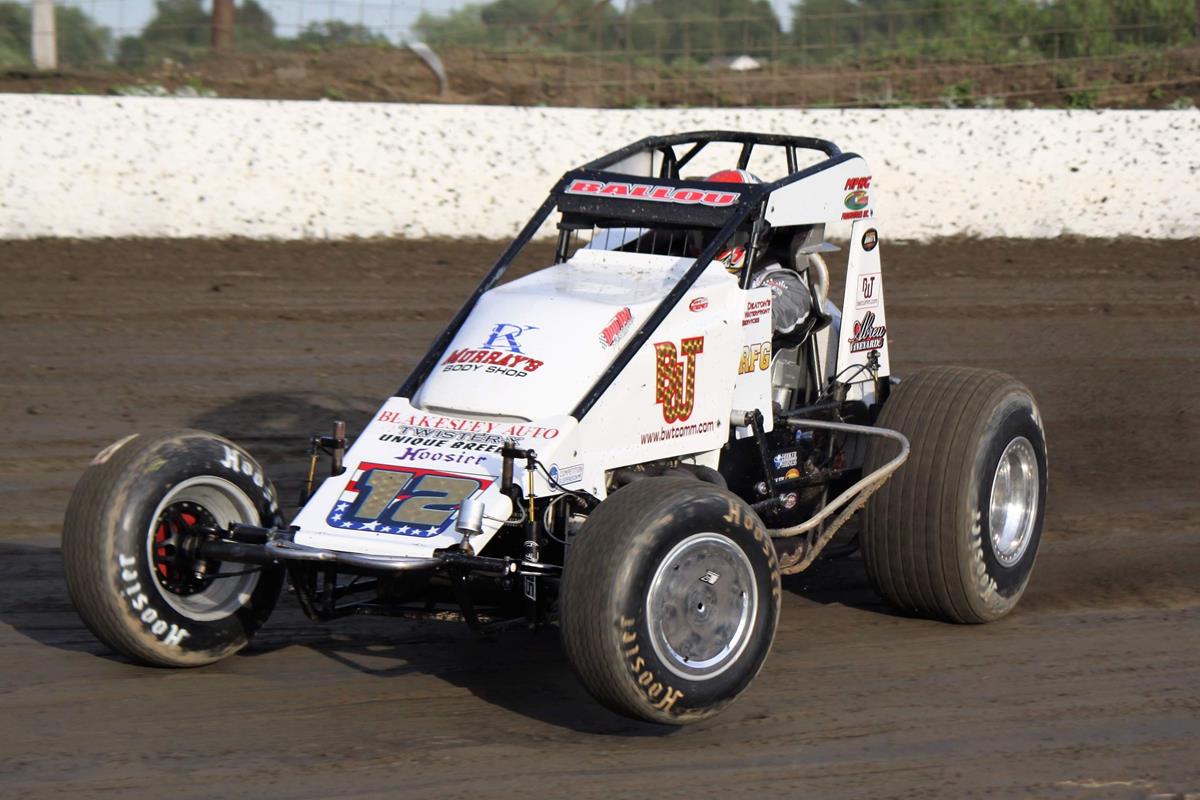 PETERSEN MEDIA: Trekking to the East Coast with the USAC National Sprint Car Series during the annual ‘Eastern Storm’, Robert Ballou would have a whirlwind week that was highlighted by a sixth place finish at Grandview Speedway.

“We went out there and tried some things the first two nights, and I never could get where I needed to be,” Robert Ballou said. “Unfortunately the rain wiped a couple nights out, and we got wiped out at Port Royal to close the week.”

Opening the week long trip up on Tuesday night at Bridgeport Speedway, Ballou would have an event time trial session that saw him avoid disaster and end up with the eight quickest lap.

Heat race action saw the Rocklin, CA driver pick up a second place finish which in point lined him up eighth in the feature event.

With track prep taking place prior to the green flag dropping, and quick and narrow surface would make passing tough at times in the feature event. Taking a while to come to life, Ballou would make some headway late in the race as he worked his way up to finish sixth.

Traveling to Bridgeport Speedway on Wednesday night, Ballou would get off to a bit of a slow start as he timed the Dickinson Farms/Abreu Vineyards/Deaton’s Waterfront Service No. 12 machine in 14th fastest in time trials.

Able to race to a win in his heat race, ‘The Mad Man’ would grid the field from the 14th starting position for the 30-lap feature event.

Going a little too far on his set up changes for the feature, Ballou would battle a loose racecar on this night, that made for some uneasy moments. Doing all he could to make grip from the cockpit, Ballou would pick up a handful of positions over the course of the finale as he crossed the finish line with a 10th place finish.

Thursday night’s event would fall to rain before a scheduled day off on Friday led the series to Port Royal Speedway on Saturday night.

Timing in 11th fastest in time trials at ‘The Speed Palace’, Ballou would finish second in his heat and find himself in the sixth row for what would be the final feature event of the week with Sunday succumbing to rain.

The feature event would be short lived for the California native as a driver would check up in front of him and with nowhere to go and damage would ensue ending his night.

“We kind of struggled the first two nights, and then at Port Royal we really weren’t able to see if our changes during the two off days made any difference or not,” Ballou said. “Thanks to everyone who made the trip possible.”

ON TAP: Ballou will return to action with the USAC National Sprint Car Series on Saturday night at Lincoln Park Speedway and then is tentatively scheduled to attend the Bob Darland Memorial at Kokomo Speedway on Sunday.