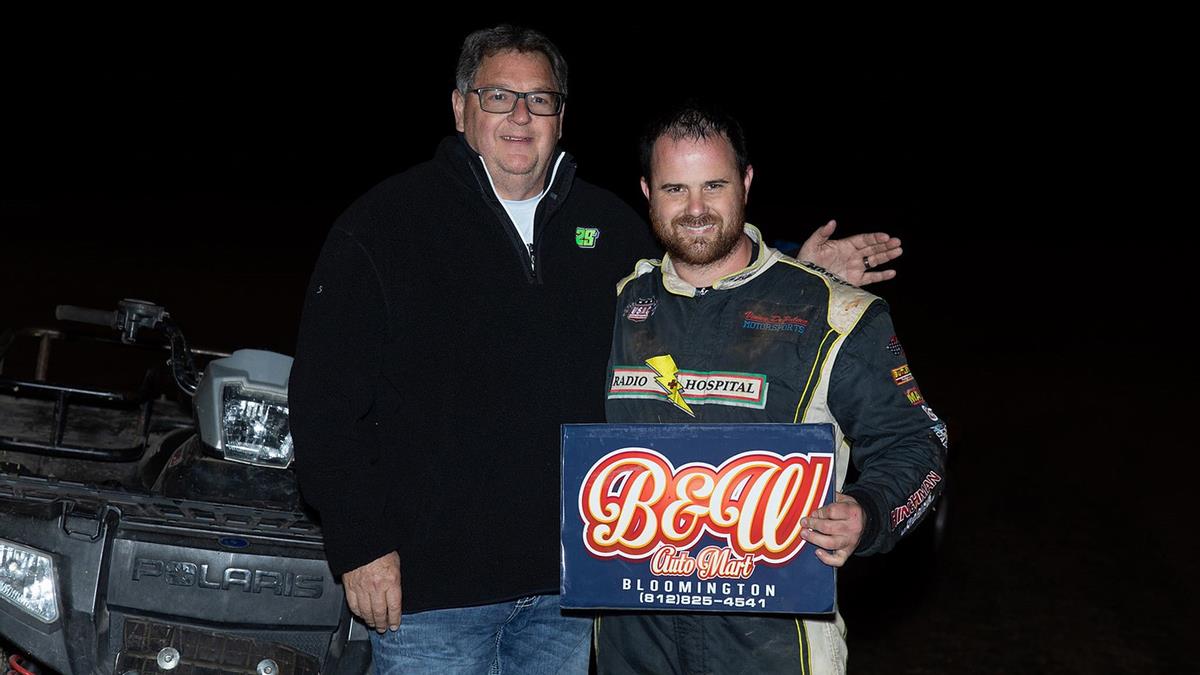 Ballou Charges To A Pair of USAC Top-10’s

PETERSEN MEDIA: Friday and Saturday night saw Robert Ballou return to USAC Amsoil National Sprint Car Series action during a pair of events in Indiana. Getting his elbows up in both races, Ballou would charge his way forward and record a pair of Top-10’s.

“We sure seem to get going good in these feature events, the problem is we start so far back,” Ballou said. “If we can get ourselves better early in the night, I know we are good enough at the end of the night to fight for podiums and wins.”

Friday night at Bloomington Speedway in Bloomington, IN, Ballou would time the Suburban Subaru/Deaton’s Waterfront Service/Rossie Feed and Grain backed No. 12 entry in 12th fastest in his qualifying group.

Lining up on the front row of his heat race, Ballou would lead early until a late caution bunched the field back up. Battling with Kevin Thomas, Jr for the top spot in the final laps, KT would get the better of Ballou and his second-place finish placed him 20th on the starting grid in the feature event.

On the Indiana bullring, ‘The Mad Man’ would have his elbows up as he picked his way forward and raced his way through the stout field that was on hand. Picking up Hard Charger honors, Ballou would close the night out with an impressive run from 20th to 10th.

Saturday night saw the scene shift to Tri-State Speedway in Haubstadt, IN, a place that Ballou has had success at over the course of his career. Getting his night off to a little bit of a better start, Ballou would time in 10th fastest in qualifying time trials.

Running fifth in his heat race, Ballou would be forced into the ‘B’ Main where his third-place finish would be good enough to transfer him into the feature event.

Lining up 12th on the starting grid, Ballou would do another solid job of working his way through the field.

Slicing and dicing his way forward as many have been accustomed to over the years, Ballou would race his way to another Top-10 as he would pick up a sixth-place finish on this night.

“It is good to get back to racing on a consistent basis,” Ballou said. “We made some offseason changes, and we are able to work out some kinks and learn some things on a nightly basis now.”

ON TAP: Ballou will head to PA with USAC starting on Thursday night at Grandview Speedway, Friday night at Big Diamond, Saturday night at BAPS Motor Speedway, and on Sunday at Path Valley Speedway.