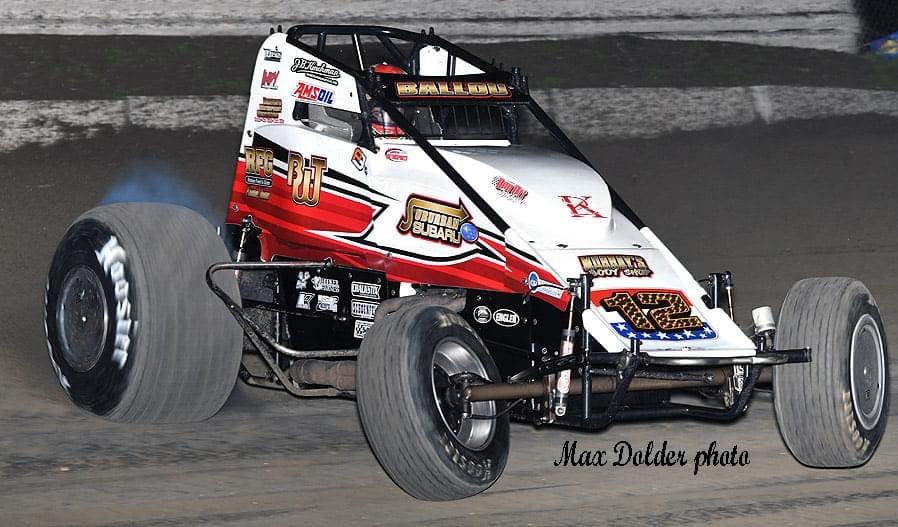 PETERSEN MEDIA: Returning to action for the first time since the USAC opener back in February, Robert Ballou put on a show Saturday night during the ‘No Way Out 40’ at Brownstown Speedway as he charged from 10th to finish second.

“It was a tricky surface that was slick and rough, so you kind of had to hammer it, but had to be cautious of some holes,” Ballou said. “We had a couple of close calls, but happy to finish and land on the podium.”

Finishing fourth in his heat race aboard the Suburban Subaru/Deaton’s Waterfront Service/Rossie Feed and Grain backed No. 12 machine, ‘The Mad Man’ would line up 10th on the grid for the 40-lap feature event on a surface that offered up little bit of everything.

From the fifth row, Ballou would do a great job of fighting his way forward as he ripped around the Brownstown Speedway. Chasing after the likes of Paul Nienhiser and Kevin Thomas Jr, Ballou would have a couple of close calls as he hooked a couple of holes wrong.

Upsetting his car in a big way at one point during the race, Ballou actually would lose three spots in doing so. Despite the close calls, Ballou would continue to toe the line as he was able to get by Nienhiser late and take over the second position where he would go on to finish.

“It felt good to get back racing, and I am happy with these new cars,” Ballou said. “We have some learning to do still, but we will be ready for ‘The Burg’ this weekend.”

ON TAP: Ballou return to USAC action on Saturday night in Lawrenceburg, IN.